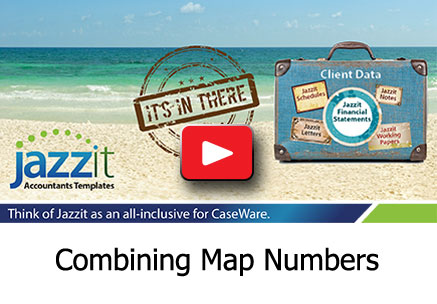 There are 3 possible ways to combine map numbers and accounts.

The simplest option to combine accounts is to assign them to the same map number.

This is after the mapped numbers are combined.

One drawback is the GIFI numbers for both accounts are now 8000 instead of 8000 and 8120, affecting the presentation of the T2 corporate tax file.

In the Jazzit financial statements you may notice that some of the map numbers have a ‘*’ next to it. This is called a wildcard. The wildcard will combine all map numbers whose starting digits match the digits that precede the ‘*’.  You may also use a ‘?’ to represent a single alphanumeric character.

In the map structure table we need the following columns:

Some of the above columns may not be visible, either because they are far off to the right or hidden. Right-click on the column headings to access the “Reorder Columns...” window. 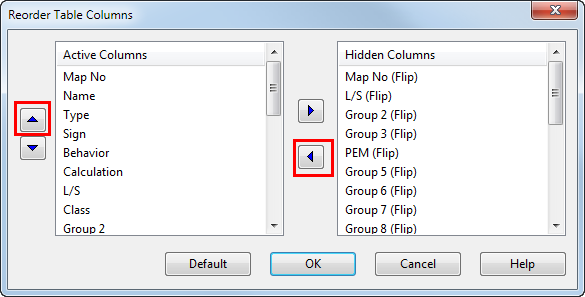 Create a new map number by clicking Home > Insert line. This will add a blank line in the map structure. In this example we will give the map number the following attributes.

The total balance of the combined map numbers is displayed. Note: the override is normal.